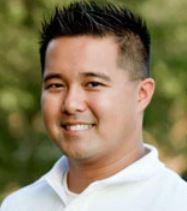 Lawrence Tam will probably end up being one of those guys that will go down in Internet Network Marketing history as a legend.  He is someone that I have personally watched transform and grow over the past 4 years.  I remember when he was a part of Cedrick Harris’ Team Takeover and he was a member of a group and I had the opportunity to ask him at the time what was the key to his success and he said to me “blogging”.   Back when he said it to me the answer was so simple I didn’t want to accept it.  I asked him, “What do you blog about?” and he said, “Anything.”

I must say that Lawrence Tam is one person that I admire in the network marketing and internet marketing industry and the reason why I admire him so much is for the fact that basically tells it all.  I think the one thing that he realized was that even if he revealed everything that he did, people still wouldn’t do it, so why hold back.  I’ve discovered the same thing.  You can reveal step by step ALL of your secrets and people still will not follow what it is that you say.  I don’t know if it’s because they still don’t believe you or what the reason is, but for some reason people just don’t seem to believe anything.

Lawrence is probably one of the most honest and sincere upfront guys that you would ever meet online.  He is open and he shares freely, but people still give him a hard time.  Network Marketing is simple and pretty easy when you put it into practice and incorporate some online skills into your prospecting efforts.  But here is the truth of the matter, IT TAKES WORK.

To create a blog post on a regular basis takes time and effort.  Also, to make sure that your blog post are optimized for the keyword that you’re targeting also takes some time and effort.  To get to the level of skill that successful network marketers who are marketing online like Mr. Tam does, also requires a budget.  It costs money. It also requires time for you to learn new skills and how to use new tools from even if you’re seeking the help of an Internet marketing company Tampa.

Lawrence Tam initially made his money with My Lead System Pro, Empower Network and Visalus.  I know that he’s still with Empower Network, which is a hybrid Affiliate/MLM company.  I don’t know if he’s still with Visalus because they don’t want their leaders involved with anything other than Visalus.  But Lawrence is smart.  He’s honed his internet marketing skills and now he markets other affiliate programs and has become like one another one of my mentors, Daegan Smith a master of multiple streams of income.

Lawrence Tam is definitely a legend and will go down in history is a master of the internet network marketing universe.  I would urge anyone to follow him and his teachings because I know that he’s taught me a lot and I know that you can learn a lot from him too.

Check him out at www.lawrencetam.net